In the parade of English literary figures, there are two instances where a trio of siblings achieved distinction and, in one case, greatness. Charlotte, Emily, and Anne Brontë are among the language’s most important and popular writers. Edith, Osbert, and Sacheverell Sitwell are generally overlooked or considered curiosities. But they had a decisive place and deserve attention for their contribution to the literary spirit of the 1920s and 1930s. And to our column today.

While the Brontes (including Brother Branwell) wrote their novels and poems almost anonymously in a secluded rectory adjoining the windswept moorland of West Yorkshire, the Sitwells were internationalists with a stately mansion in England and a castle in Italy, the house in England still in the family and very visited by tourists every year.

The Sitwell family dates back almost four hundred years and grew rich as hardware stores and landowners. In the 17e century, they were the largest manufacturers of iron nails in the world. And that pretty much nailed their fortunes.

The Sitwells were sometimes seen as eccentric, and there is some history to that. The first baronet obviously wanted to emphasize his noble nomenclature and took the name of Sir Sitwell Sitwell. The father of the trio wrote two must-have books: “A Short History of the Fork” and “Acorns as an Article of Medieval Diet”. He also invented a musical toothbrush that played the song “Annie Laurie” while you brushed.

Sir Osbert Sitwell (1892-1969) became the 5e baronet and owner of the estate, but he found time to write an autobiography in five volumes and a substantial number of poems, short stories and novels. Like the three Sitwells, he showed a penchant for inventive puns.

On the Coromandel coast,
Dance them to Handel’s tune;
Choir, this coral coast
Connect the bone to the ghost,
Until word, member and note become one,
Mix, tie the act to the tone.

On a larger scale, with the cat’s sure approval, you can enjoy the cadence and liveliness of this passage from his poem “Orpheus”.

When Orpheus with his quick fingers
Ripples the ropes that shine like rain,
The flying birds fly away and sing,
Here, there resonate;
There is a crackle of dry twigs,
A sweep of leaves on the ground,
Tawny faces and silly eyes
Look through the floating screens
That hide fierce teeth and claws
Now quiet.
As the music sighs on the hillside,
Young people hear,
Come jump, wander, hurtle down,
Their sweet ears flutter as they run,
Their furs hang in the thickets,
Until they lie, listening, around his feet.
Invisible for centuries,
Fabulous creatures come out of their caves,
the Unicorn
Prancing from its bed of leaves,
His milky white muzzle still tinged with green
With the nibble, the crunch of mountain herbs.
The griffin, usually so fierce,
Now tame and lovable again,
Covered the white bones in his secret cave
With a rustle of damp dead leaves,
While the salamander, a true art lover,
Sparkles and slips out of the flame;
Slowly now, and he goes,
Light up her proud and blazing trail
Through the forest,
Is listening,
Cools his fever in the flowing waters of the lute.

Sacheverell Sitwell (1897-1988) was the youngest of the trio but also the most versatile. He has written books on art and architecture (including a much respected volume on “Southern Baroque Art”), travel and music. He entered politics but spent more time helping his brother and sister with their various art endeavors. Among his poems, my favorite is “The Rio Grande” with its colorful Latin imagery. The river in question, moreover, does not refer to our Mexican border; it is a notable watercourse in the southern part of Brazil. Here are the first stanzas.

By the Rio Grande
They don’t dance saraband
On banks as flat as lawns above the glassy and tight tide;
Nor do they sing desperate madrigal
Whose sad note stirs the sleeping winds
Until they wake up among the trees and shake the branches,
And frighten the nightingales;

But they dance in the city, in the public places,
On the marble paving stones of each color placed in a ploughshare,
Noisy open church doors with light inside.
At the huge sound of the bell,
By the music of the river, gurgling, thin
Through the soft Brazilian air.

The Comendador and Alguacil are there
On horseback, hidden with feathers, loud and shrill
Blowing orders on their trumpets like a bird’s sharp beak
Through the branches like a bitter wind calling
They shine like a fixed star light as these other sparks fail
In burnished armor, with their plumes of fire,
Tireless while everyone else is getting tired.

The noisy streets are empty and muffled is the city
Where, in the square, we dance and the fanfare plays;
Such a space of silence across town to the river
Let the water whisper loudly –
Above the gang and the crowd together;

And the accents of the saraband,
Sharper than a madrigal,
Go hand in hand
Like the river and its waterfall
As the great Rio Grande descends towards the sea.

The poem calls for music, and in 1927 it was beautifully staged for piano, viola, choir and orchestra by Constant Lambert, the future musical director of the Royal Ballet.

Dame Edith Sitwell (1887-1964) was the eldest of the siblings and, in her heyday, was considered the high priestess of poetry. The word High may be particularly apt as she was six feet tall, an imposing figure during her popular public readings.

Edith’s early writings were already experimental with a surprisingly individual use of language. Later, she described her verses as abstract patterns in sound, “investigations into the effect on rhythm and speed of the use of rhymes, assonances and dissonances, placed at the beginning and in the middle of the lines. lines in the most elaborate patterns “.

In 1919 a landmark event occurred which was to have a noticeable effect on the poetry and music of the Roaring Twenties. Sacheverell spotted a shy but talented young student at Oxford. His name was Willie Walton, and later under the name Sir William Walton he was recognized as one of England’s most distinguished composers. The Sitwells took it in and for fourteen years it was part of their home and intellectual establishment.

In 1922, Willie and Edith collaborated on a performance piece for lecturer and small orchestra entitled “Façade – An Entertainment”. The speaker stood behind a screen and recited poems through a megaphone. Now considered a masterpiece, it initially elicited a rather indignant reaction and has been best described as some sort of scandalous hit. Edith remembers: “I had to hide behind the curtain. An old lady was waiting for me to fight with her umbrella.

Because Edith Sitwell’s words and phrases as heard in the performance can be so abstract and unexpected, we are printing poems for both of you which will be performed in the video.

When
Sir
Beelzebub asked for his syllabub
at the hotel in hell
Where Proserpina first fell,
Blue as the gendarmerie was
sea ​​waves,
(Rocking and shocking the bar maid)
Nobody comes to give him his rum
but the
Hippopotamus-glum sky edge
Increases Chances of Blessing With
A blessing
Alfred Lord Tennyson crossing the
bar raised
With a cold vegetation of pale
deputations
Temperance workers
(all signed in Memoriam)
Hoping with glory to trip it up
The winner’s feet,
(Displacement in standard meters)…
Like Balaclava, the lava came down
of the roof, and the blue of the sea
wooden gendarmerie
took care of them while
Beelzebub roars for his rum.
… None of them come!

The Black Mrs. Behemoth in this next poem refers to Edith’s mother, whom Edith couldn’t stand.

In a hall of the palace
Black Ms. Behemoth
Gave way to anger
And the craziest mischief.
cried Mrs. Behemoth,
“Come on, lady of the court,
Condemned like a moth,
Through the shaded halls of the palace!
Candle flame
Seemed like a yellow pompion,
Sharp like a scorpion,
Nobody came . . .
Only a scarecrow
Mean look
This papoose with the fur of buds,
The young spring wind,
Blow out the candle.
Where did he go ?
Coromandel flat
We roll !

Before presenting our video, I’d like to slip in a photo of two people we maybe weren’t expecting to discuss together. It was in Hollywood. They then met several times for lunch in London.

VIDEO. The three poems in our video all come from “Façade”. First, Mr. Beelzebub, soprano Barbara Hannigan is accompanied by musicians from the Berlin Philharmonic Orchestra, conducted by Simon Rattle. In the second, Mrs. black Behometh, Mrs. Hannigan conducts while Sir Simon plays. The third poem, entitled Tarantella, presents a dazzling performance of the First Poetry Quartet in concert.

Don’t be dismayed if you can’t catch all (or none!) Of the words. This is meant to be an auditory experience, a mixture of spoken sound patterns and whimsical music.

CLICK ON THIS LINK FOR THE VIDEO: A FANTASTIC FAMILY OF POETS 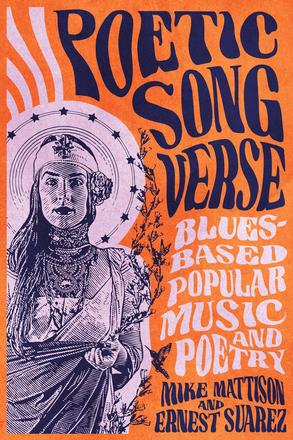